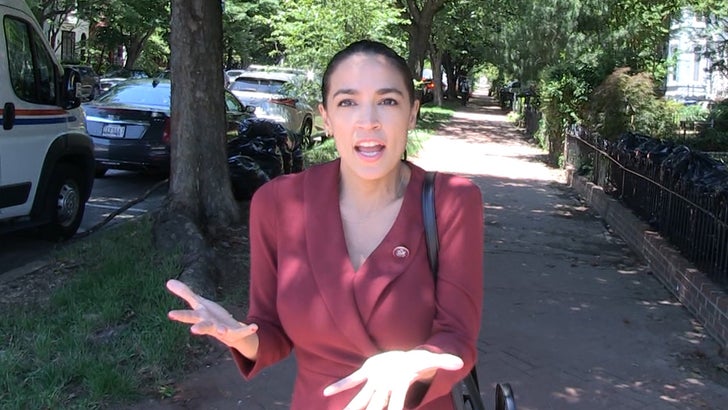 We got AOC on Capitol Hill Thursday and asked how she feels about the Amazon and Blue Origin boss’ ex, MacKenzie Bezos, recently donating nearly $3 billion of her roughly $37 billion.

AOC says it’s interesting to see what the exes are doing with their boatloads of cash … applauding MacKenzie for giving it away like candy and blasting Jeff for asking the government for $10 billion in taxpayer funds to help his aerospace company land on the moon.


AOC’s beef with Jeff is an offshoot from Sen. Elizabeth Warren … remember, she told us last week Bezos’ space ambitions are a slap in the face to taxpayers, who she says are essentially funding his missions because JB doesn’t pay his fair share in taxes.

Waiting for your permission to load the Instagram Media.

Fair to say, neither the Congresswoman nor the Senator would be interested in the final seat on Jeff’s upcoming maiden voyage … even if they had the nearly $30 mil it’s apparently gonna cost.