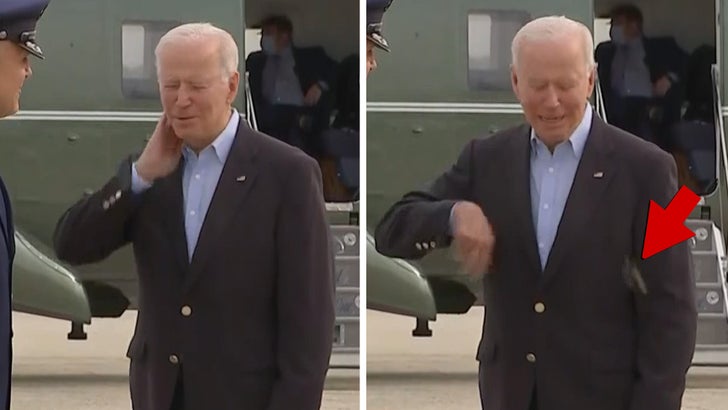 
President Biden kept his cool while having every right in the world to bug out … this as a creepy-crawler tried making itself at home smack dab on his head!

46 was at Joint Base Andrews Wednesday AM ahead of his international trip to Europe — where he’s slated to meet with other world leaders, including Vladimir Putin — and before takeoff … the guy had to play defense against a freakin’ cicada, brushing it off his neck.

The gross-out moment was caught on camera as JB talked to one of the men in uniform — as was Biden’s grossed-out face after he flicked the little bastard onto the ground … where it belongs. 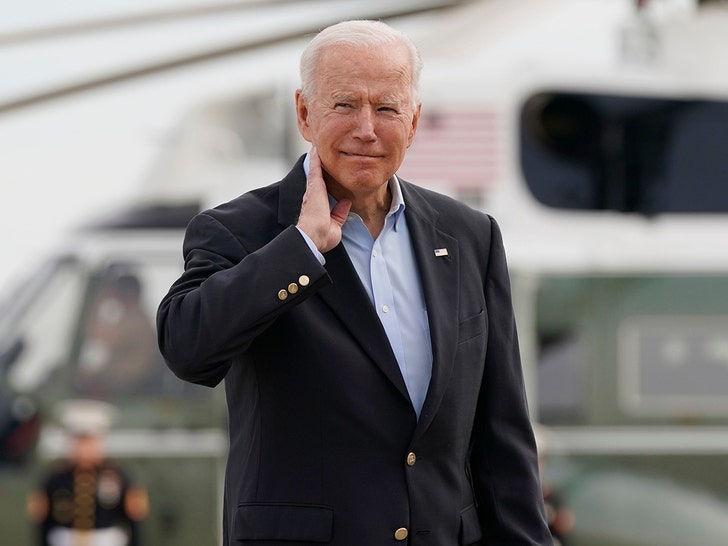 
Joe trotted over to the press afterward and confirmed … cicadas were around, and that he’d just taken care of one personally. His warning did NOT go unheeded — as the folks following him around had to deal as well. Reports say the press plane was chock-full of cicadas.

Apparently, a swarm of the insects found their way into the engine area of the aircraft … and actually caused a delay before they could hit the skies.

CNN’s chief congressional correspondent Manu Raju received a rude awakening when a cicada crawled onto his neck during a live shot https://t.co/hchKskPNnl pic.twitter.com/1s4V4wH22I

These buggers are all over D.C. … CNN’s Manu Raju had to fend for himself during a live shot from Capitol Hill. He reacted a little more frantically than ol’ Joey here did.